Just like what the title says, sleep apnea is a sleep problem. However, it’s not just any sleep-related issue — it’s something that can put your life in grave danger! That’s because there are many serious problems that may come into being as a result of sleep apnea. Treating it effectively ASAP is a definite must.

What makes sleep apnea a very serious matter is this: it can cause your blood oxygen levels to drop considerably.

It doesn’t really come as a big surprise since sleep apnea causes you to stop breathing while you’re sleeping. How many times does this sleep condition disrupt your breathing at night? Depends on the severity:

According to sleep specialists, some people with severe sleep apnea stop breathing more than 100 times every hour while they’re taking a trip to dreamland! By the way, it’s not just the severity of sleep apnea as well as the number of pauses in breathing that vary, but also the type of the disorder. There are in fact a few different types of the sleep problems. Of all the types of sleep apnea obstructive sleep apnea (OSA) is what’s considered as the most common. Put simply, this is something that occurs when the throat muscles relax, excessively thus causing a blockage of the airways.

To be sure if your snoring is due to sleep apnea or not, it’s a good idea for you to go to a sleep specialist for a visit without delay for evaluation. This is vital for getting the best treatment plan for your sleep disorder.

Snoring is Not the Only Symptom 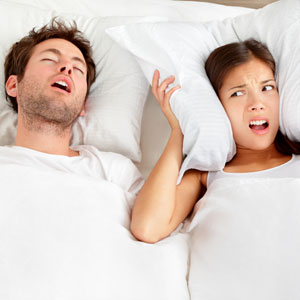 Aside from snoring, there are a few other sleep apnea symptoms. If the person you’re sharing the bed or bedroom with says that you are snoring and you also have some of the following symptoms, there is a huge possibility that you are indeed suffering from sleep apnea:

Just because you have one or many of the above-mentioned symptoms doesn’t mean that you have sleep apnea. If you suspect that you have it based on some telltale symptoms, what you need to do is head to a sleep clinic for evaluation and potentially a sleep study.

Problems Stemming from the Sleep Disorder 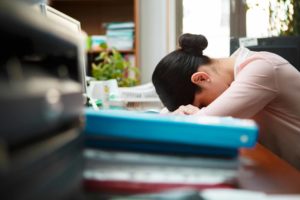 Earlier in this article, we mentioned that sleep apnea can cause pauses in breathing (up to more than 100 times an hour in some cases!) while you’re taking a trip to dreamland. The problem with breathing cessations brought about by sleep apnea while you’re catching some shut-eye is that it causes your blood oxygen levels to drop.

Oxygen is needed by your organs, and keeping them from getting enough of it could lead to disastrous results. This is exactly why sleep apnea is known to increase your risk of having some serious health concerns.

If truth be told, there are many problems that sleep apnea can cause and one of them is cardiovascular disease. When the levels of blood oxygen drop as a result of sleep apnea, the blood pressure increases to make sure that the various organs will still be supplied with the oxygen they need. However, this is something that can be quite stressful to the heart and arteries. This is why someone with undiagnosed and untreated sleep apnea is likely to end up with heart attack and stroke — we all know that both of them are life-threatening matters!

Other health-related problems that may show up due to sleep apnea are:

The more sleep apnea goes undiagnosed, the greater the risk of developing one or many of the problems stated above. It’s for this reason exactly why visiting a sleep specialist is a definite must.

What Can be Done to Manage the Problem 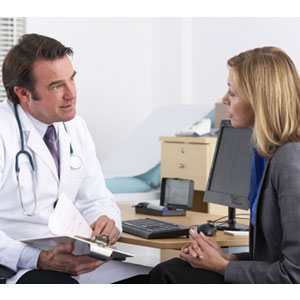 Fret not if you believe that you are suffering from sleep apnea. That’s because it is something that is highly treatable, thus keeping you from encountering the various health complications associated with it. When it comes to having the right sleep apnea treatment, approaching a sleep specialist is the step that should be taken.

It is through evaluating the individual as well as undergoing a sleep apnea test, in particular what’s called a sleep study, that the sleep disorder can be identified.

Once the presence of sleep apnea is confirmed, the right treatment for it can be then provided. The use of a machine called continuous positive airway pressure (CPAP) is the most common solution available. There are instances in which the use of an oral appliance may be recommended. Surgical solutions for sleep apnea are available, too.

There are also certain steps that you may take in order to deal with sleep apnea. Here are some of those that are proven to yield favorable results:

Sleep apnea is a matter that should not be taken lightly. If you suspect you have it, what you need to do is seek the help of a sleep specialist for evaluation and getting the appropriate treatment plan. 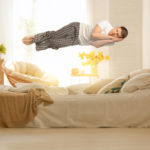 Sleep Paralysis: No, It’s Not Just a Bad Dream

Are you currently looking for a sleep paralysis definition t 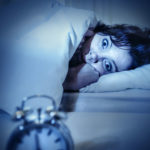 Sleep Disorders: When Sleeping is a Complete Nightmare

Do you toss and turn all night long in bed? Do you feel exha 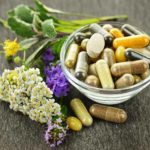 Having trouble going to sleep?  Tossing and turning through 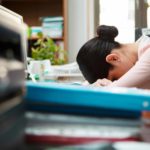 Sleep loss is a typical present-day problem in society.  Al 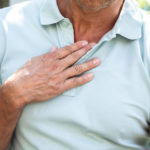 Have you ever felt these -a raging fire in your throat, hear

This site uses Akismet to reduce spam. Learn how your comment data is processed.